Available in independent book and games stores from November 2017.

Talisman the much loved Magical Quest Game first published in 1983 and never out of print since! Talisman takes you on a journey through magical lands, as you endeavor to reclaim the Crown of Command. Each turn will see your hero advancing, battling, gaining knowledge and power necessary to defeat the guardians lurking between the Portal of Power and the Valley of Fire. 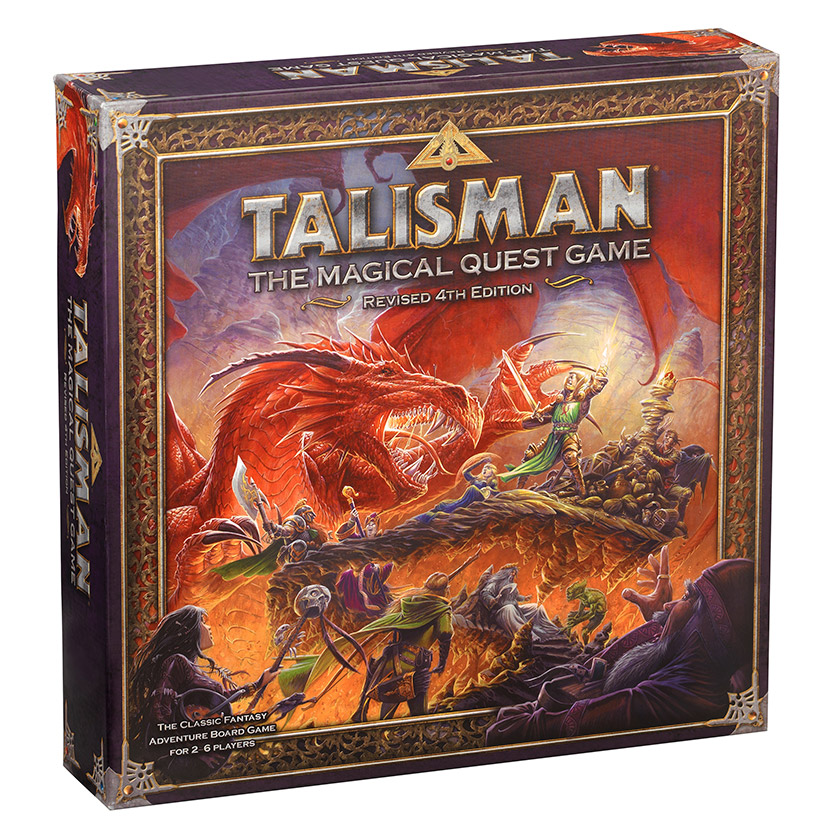 Three new Draconic Lords vie for ruler-ship of the Firelands–Varthrax, Cadorus, and Grilipus. Talisman grows more dangerous as they struggle to claim dominance over their territory and the Crown of Command.

The Dragon expansion offers players even more choices and strategic challenges, including a new, dual-sided Inner Region for their heroes to conquer. The alternate sides allow you to face familiar terrain along a path that requires all new tactics, or to venture into the Dragon Tower, where a hero’s every step meets opposition by the Dragon King’s minions and leads him ever closer to an ultimate confrontation with the Dragon King, himself.

Talisman: The Dragon brings the Draconic Lords and their legions of dragons to life. 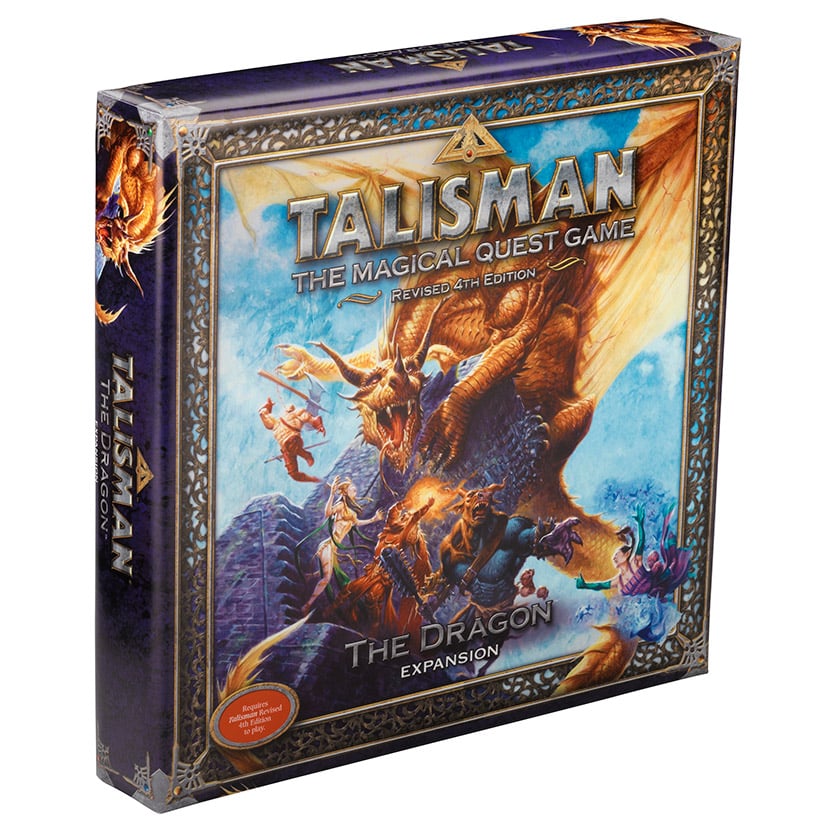 The City provides those who live within it a chance to pursue their lives with a modicum of safety and comfort. However, though the outside world is kept outside, any alert adventurer strolling through the City Gate will feel the tension humming in the air.

The City, a Region expansion board for Talisman, provides players with three alternative endings, its own deck, a host of shops for all your questing needs, and six new characters. Collect bounties listed on the Wanted Posters at the City Gate and fill your pockets with gold before doing some serious spending. Secure a steed from the Stables, pick up Pets or Potions, or head to the Armoury and the Magic Emporium. Visit The City in Talisman as you compete for the Crown of Command! 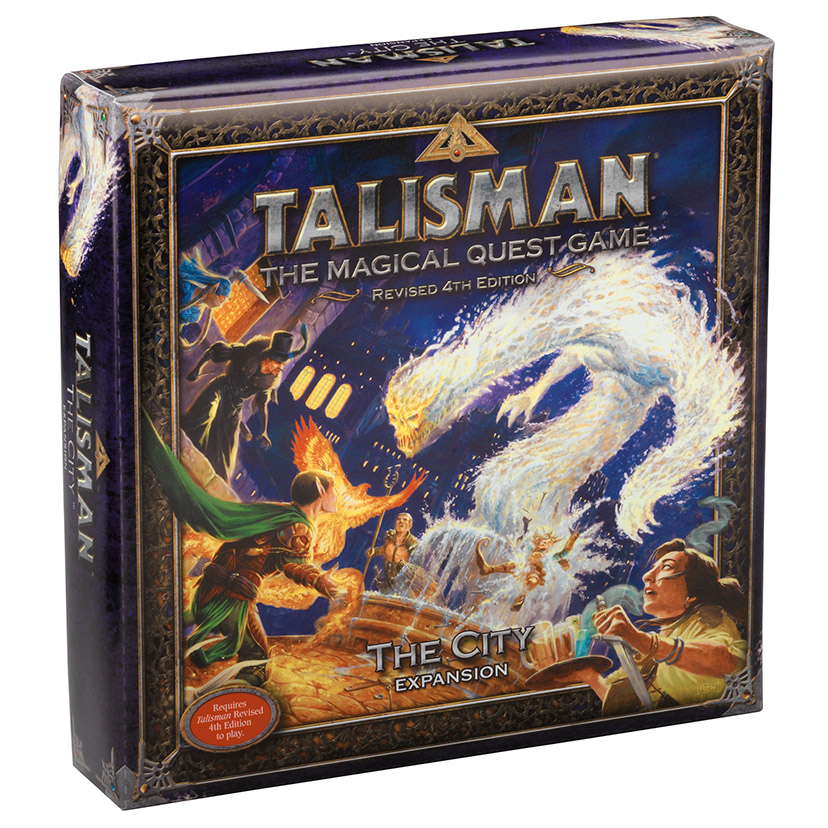 Journey to the realm of the fae in The Woodland, an expansion for Talisman Revised 4th Edition! In this expansion, you can walk your own path through the Woodland corner board, encountering strange new creatures, events, and dangers. At the end of your path, a meeting with destiny awaits, transforming your character’s future and developing your story further.

Even more waits beneath the boughs of the Woodland, however. Redesigned rules for fate tokens allow you to either help yourself or interfere with others, and your fate will shape many of your interactions within the groves and glades of the Woodland. Prepare yourself for a world different than anything yet seen in Talisman, and enter the Woodland! 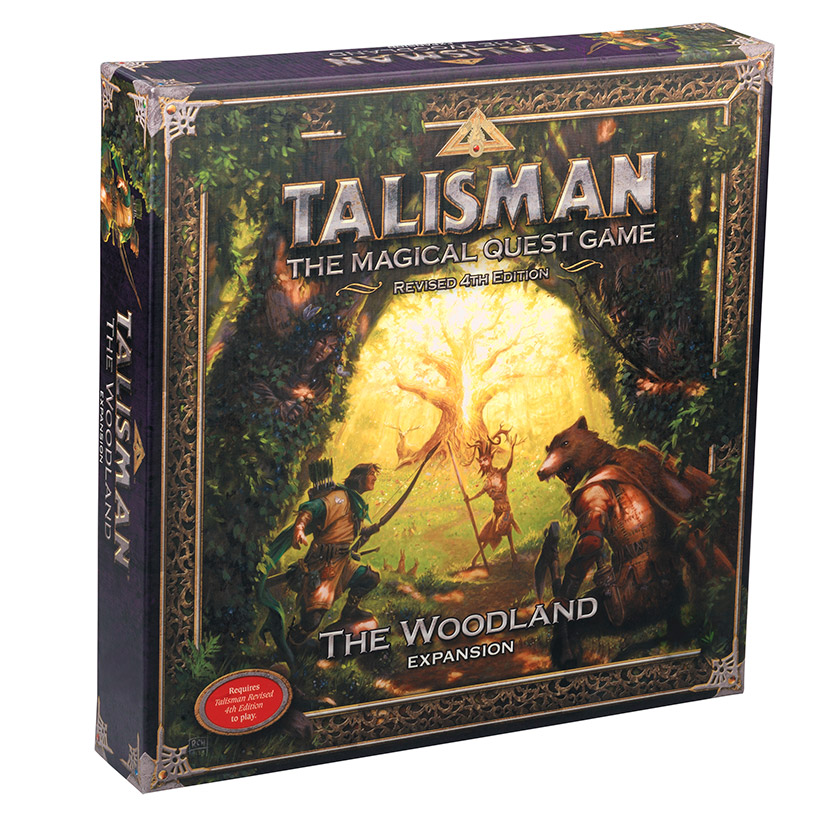 An unearthly chill creeps through the air. The Wizard stops reading his ancient tome and gazes cautiously over his shoulder. The Warrior feels an unfamiliar fear as he draws his mighty sword.

A shadow has fallen across the countryside. Death himself wanders the land. Can the heroes fulfill their epic quests with the spectre of the Grim Reaper hounding their every move?

The race to the Crown of Command has never been deadlier! 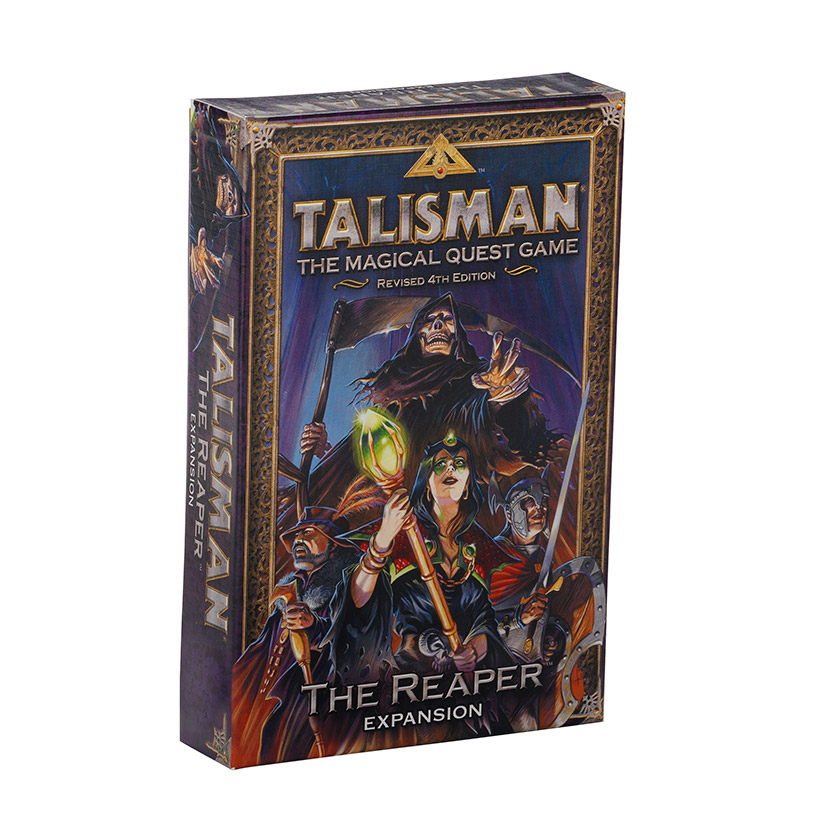 Once in a generation, the Blood Moon begins its fell cycle, bathing the realm in a pallid light. Compelled by its sinister presence, the restless dead rise from their graves, vampires hunt for unwary prey, and witches engage in nocturnal rituals. Worse yet, the horrifying Werewolf prowls the night, seeking heroes with whom to share his curse.

The Blood Moon is an exciting expansion for the classic board game Talisman! With over 100 Adventure Cards, plus new spells, characters, and alternative endings, The Blood Moon adds a gripping layerof gothic horror to your quest for the Crown of Command. In addition to a host of new challenges, The Blood Moon introduces two engaging mechanics: time alternates between “Day” and “Night,” and a bloodthirsty Werewolf prowls the land. The new Time Card flips between its Day and Night sides to indicate the inexorable passage of time, introducing a range of engaging new game effects depending on its status. Meanwhile, a horrifying Werewolf preys on Adventurers who wander into his hunting grounds. 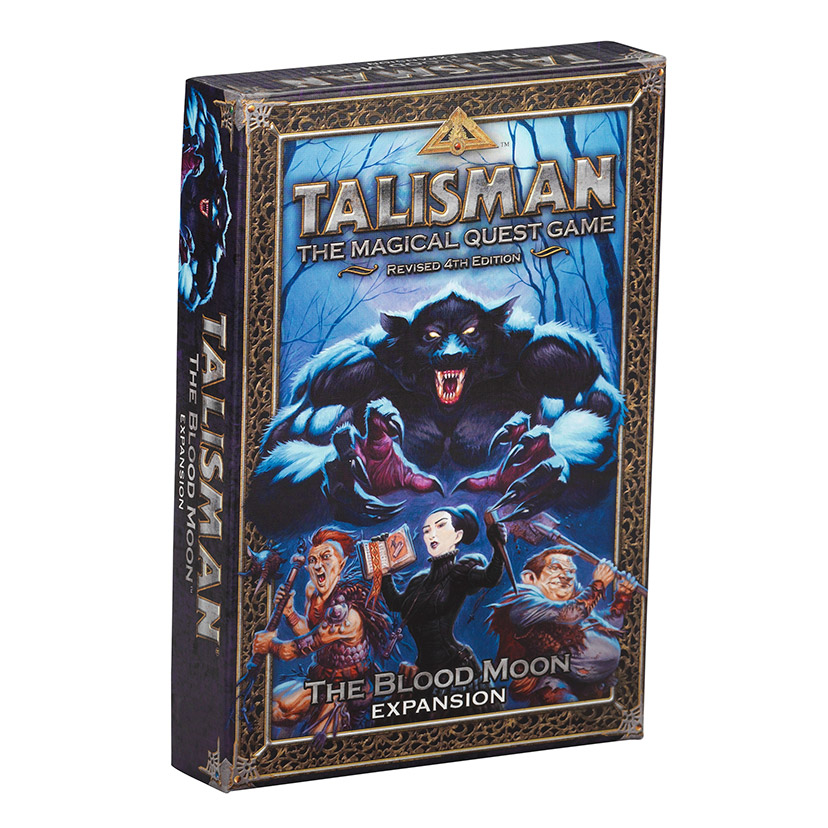 The end of the world is nigh in Talisman: The Harbinger. This expansion introduces the Harbinger, a mysterious figure of prophecy and doom who wanders the realm, with destruction following everywhere he walks. As the demons and plagues of the new Harbinger deckwreak havoc throughout Talisman, three new powerful characters seek the Crown of Command. That quest becomes more dangerous than ever before: cursed followers lie in wait for fresh prey, flames descend from the darkened skies, and the dead crawl from their tombs.

Four new Omen decks reveal the changing and dire effects of impending doom, counting down to its arrival.Terrain cards abruptly transform the ground beneath characters' feet, changing deserts into bogs, or farmland into ruins. You'll have to navigate these obstacles and numerous others if you want to seize victory before time runs out for the entire realm –and the true apocalypse begins. 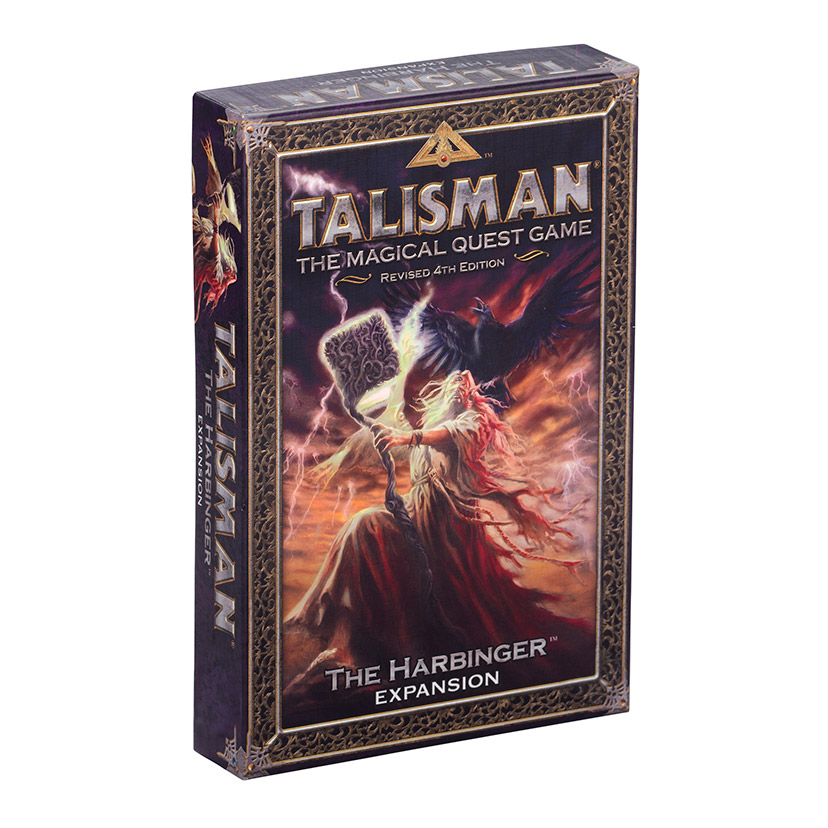 Each of our boxed games contains a full game for at least two players.

Miniatures, dice, rules and any boards needed are all included (but you'll still need glues and paint). Find out more.